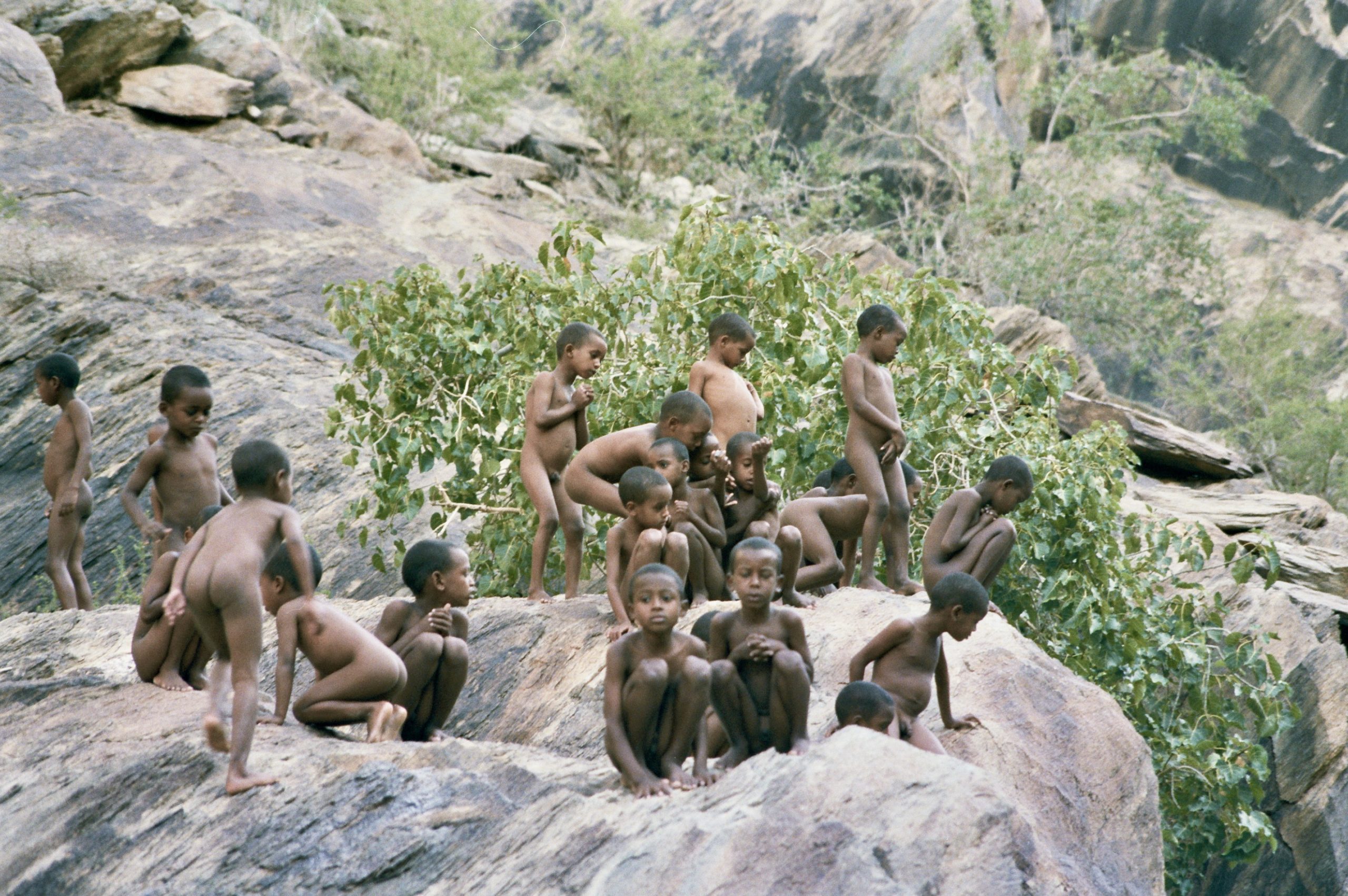 For 25 years now Eritrea has been fighting the Ethiopian occupation. Despite the constant threat of Ethiopian attacks, the Eritrean People’s Liberation Front (EPLF) has been able to set up a working society in the areas under its control.
Nobody gets paid, because everybody is working for the common goal: a free and independent country. Particular care is taken of the children. The People’s Front looks after the orphans, whose parents fell in battle. Despite extremely difficult conditions, the children are adequately provided for. Any place that is sufficiently protected from enemy attack is converted into a classroom. Using the motto: “We all are students, we all are teachers,” over 3.000 pupils in the liberated areas have been taught in these makeshift schools. Manual or practical labour is as much a part of their education, as is theoretical knowledge. All the utensils required by the schools are made in their own workshops. The children can choose the kind of work they prefer to do. There is, however, one condition attached to attending these schools. The children are not allowed to go to the battlefront, because this generation is trained for peacetime in an independent Eritrea.