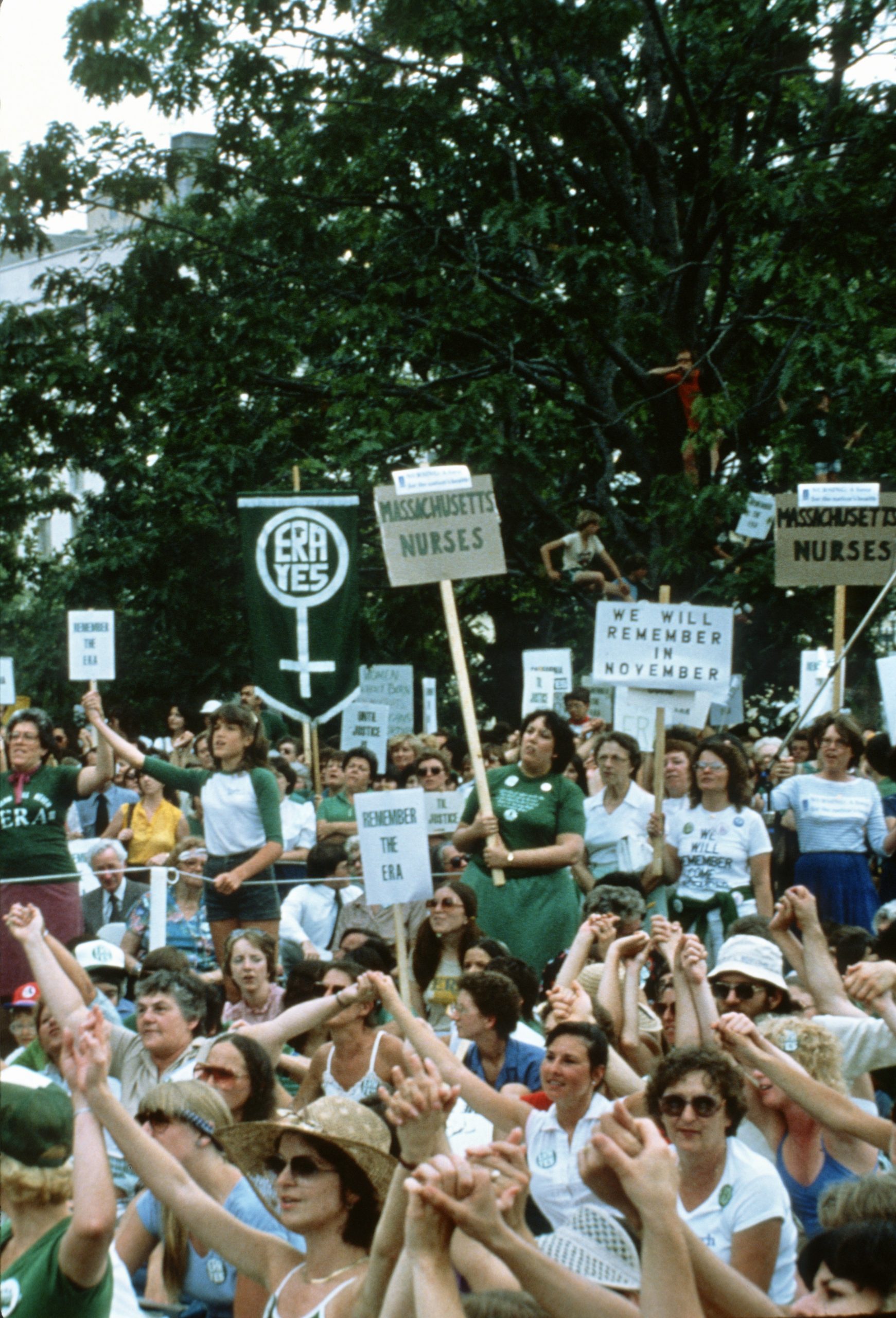 The “New Right“ Marches On

“The right of citizens of the United States to equal rights in the eyes of the law shall not be denied or abridged by the United States or by any State on account of sex.“ Ever since 1923, efforts to have this amendment made to the American constitution have failed. In June 1982 the resolution again was not passed. The so-called „New Right“ has spearheaded the campaign against equal rights for men and women. Together with other groups, the New Right has gained in momentum and influence since 1974. They now call their movement “Moral Majority”. Their demands: homosexuality should be a criminal offence, anti-abortion rights, and a ban on sex-education in schools. Women, of course, belong exclusively at home as loving wives and devoted mothers. The national women’s organisation, NOW, is struggling against this. However, since mainly middle-class women are involved in this work, their values bear little relevance to the lives of the majority of poorer women and children.