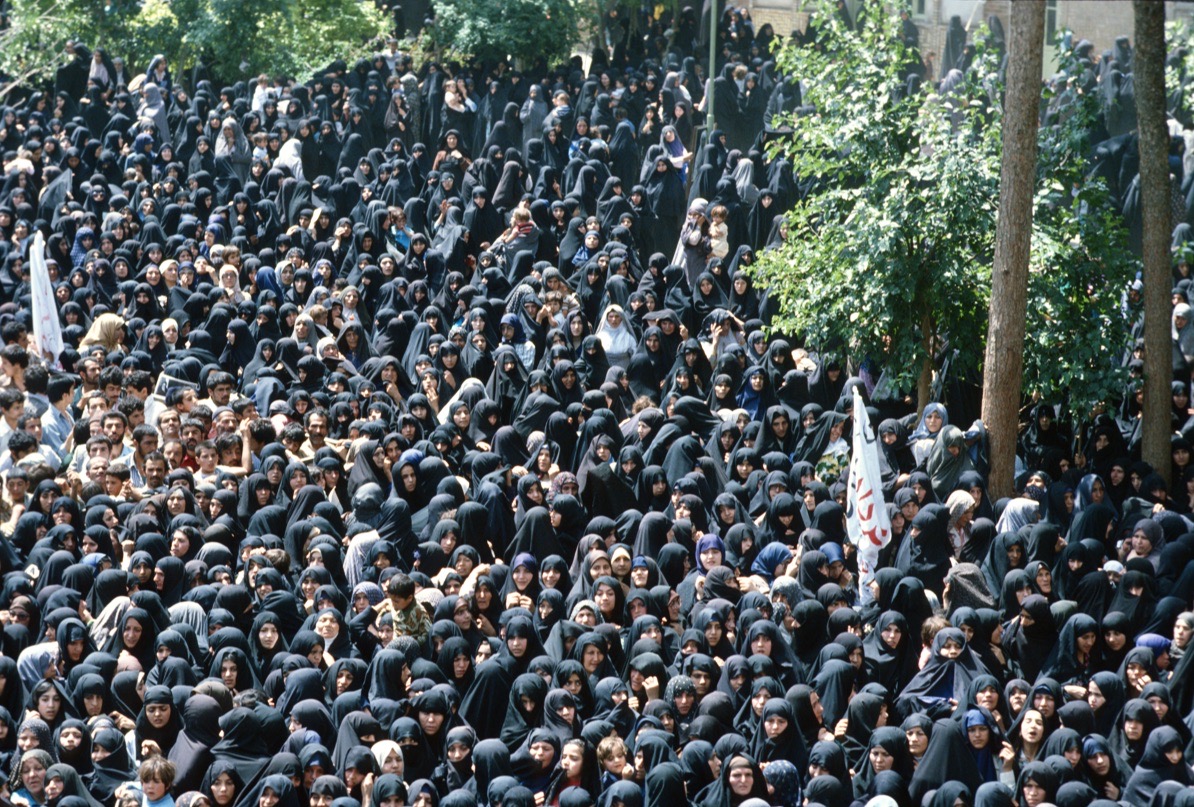 After the Islamic Revolution in Iran, Western press reported often that women had lost their freedom – a freedom that had been bestowed upon them by the Shah. True, certain laws had been revoked – Western laws that were supposed to bring about the equality of women. Mainly female students and militant women now wore the Chador, a voluminous cape that hides the hair and figure, once banned by the Shah, more frequently in public. Interviews with women professors, suffragettes, female workers, and peasants revealed, however, that the Chador was a symbol of resistance against the Shah’s regime. It was in fact these very women who had taken an active part in the revolutionary struggle and had left their traditional place, the home and family.
Whether the Iranian women can keep their socially active role depends on how the Koran will be interpreted. Is woman subordinate to man? Or does she have an equal role in religion and society?