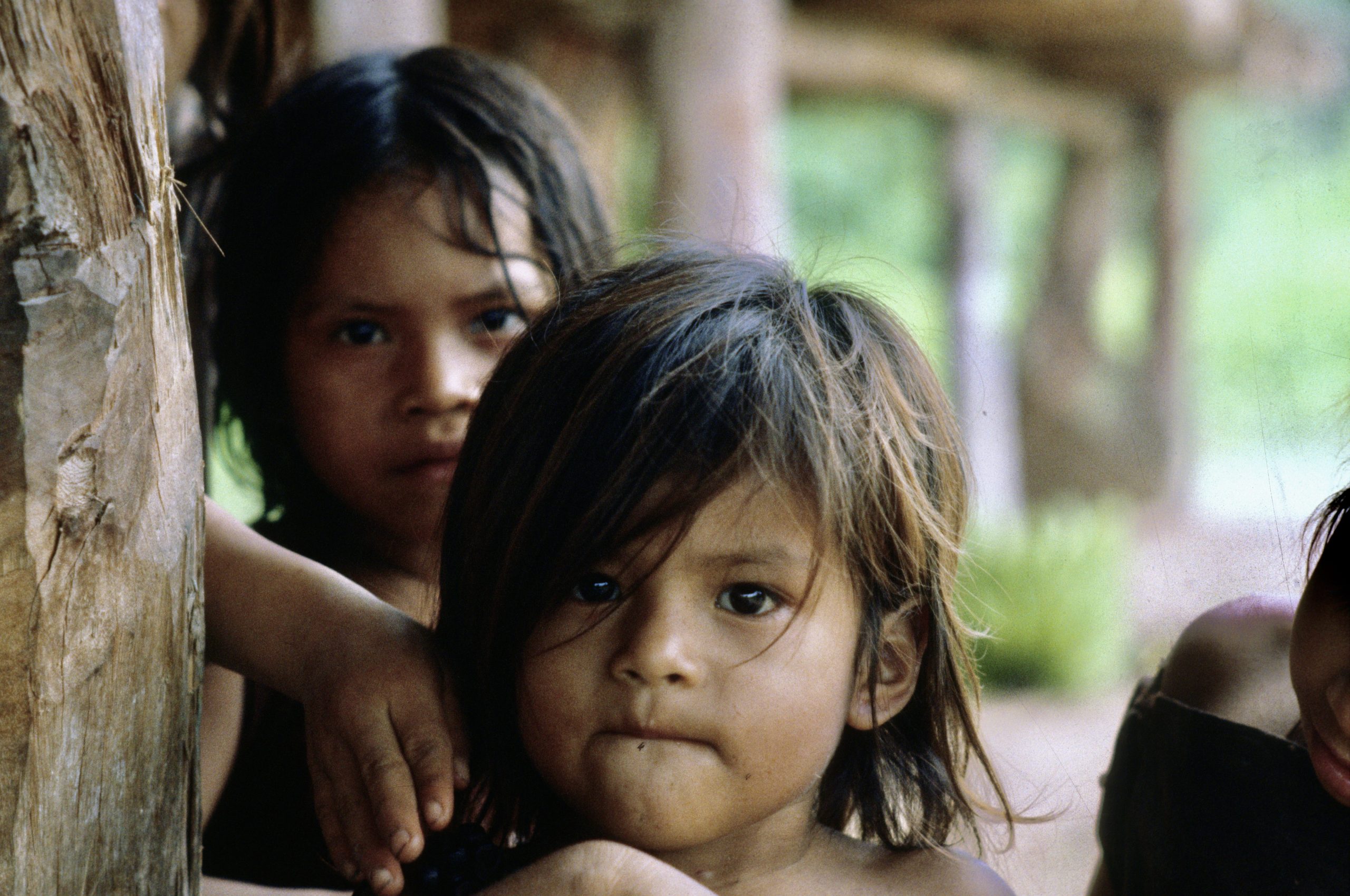 The Campas, who live in the rain forests of the Amazon basin, have more or less retained their traditional way of life. Men and women have a clear division of labour: Women are responsible for work in the fields and the men go fishing and hunting. There is no attempt at evaluation in this division. These activities are of equal importance for survival and solidarity within the community. Since no surplus is produced and property does not imply power, the Campa’s community is not divided into rich and poor, masters and servants.
The rain forests are rich in mineral resources and the Peruvian government wants them exploited. Many Campas have had to leave their land. Along with other Indio groups, they have been resettled in new colonies. Here, they are exposed to the influence of the West, mediated by the State, Christian missionaries and tourists. The economic destruction of their habitat is now followed by a devastation of their cultural values. Women are the main victims. They are completed subordinated in a society organized along patriarchal lines, in which the individual’s performance means more than solidarity in the group.