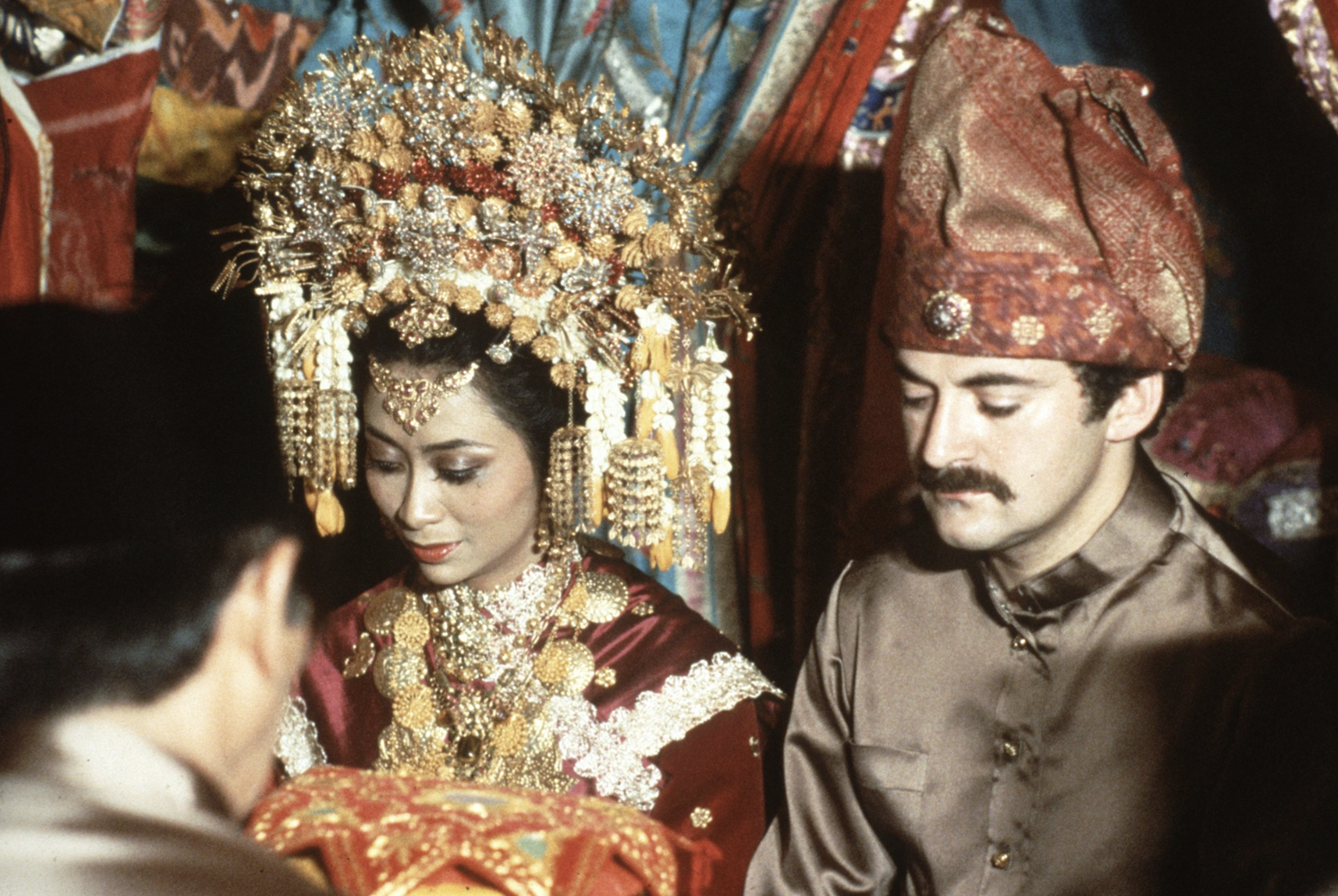 Most societies are male-dominated. Women play a lesser part. The man’s claim to supremacy is justified by all sorts of religious, mythical, and biological theories. Not so, with the Minangkabau on the Indonesian island of Sumatra. Women in this society hold property and hereditary rights, thereby gaining influence. Descent is from the matrilineal order. The mother’s name is passed on to the daughter. She is the heiress. Without her, the family would go extinct. This apparent inversion of social values does not, however, mean that men play a subordinate part. In compliance with the rules of a distinguished Islamic society, it is the brother or the uncle who represents the mother’s family in public. This traditional system of values is gradually being eroded by the influence of the West and its emphasis on the small nuclear family, where the man gives the orders. The Adat, as the code of traditional laws is called, still holds meaning for the Minangkabau, whether they have left Sumatra or not.