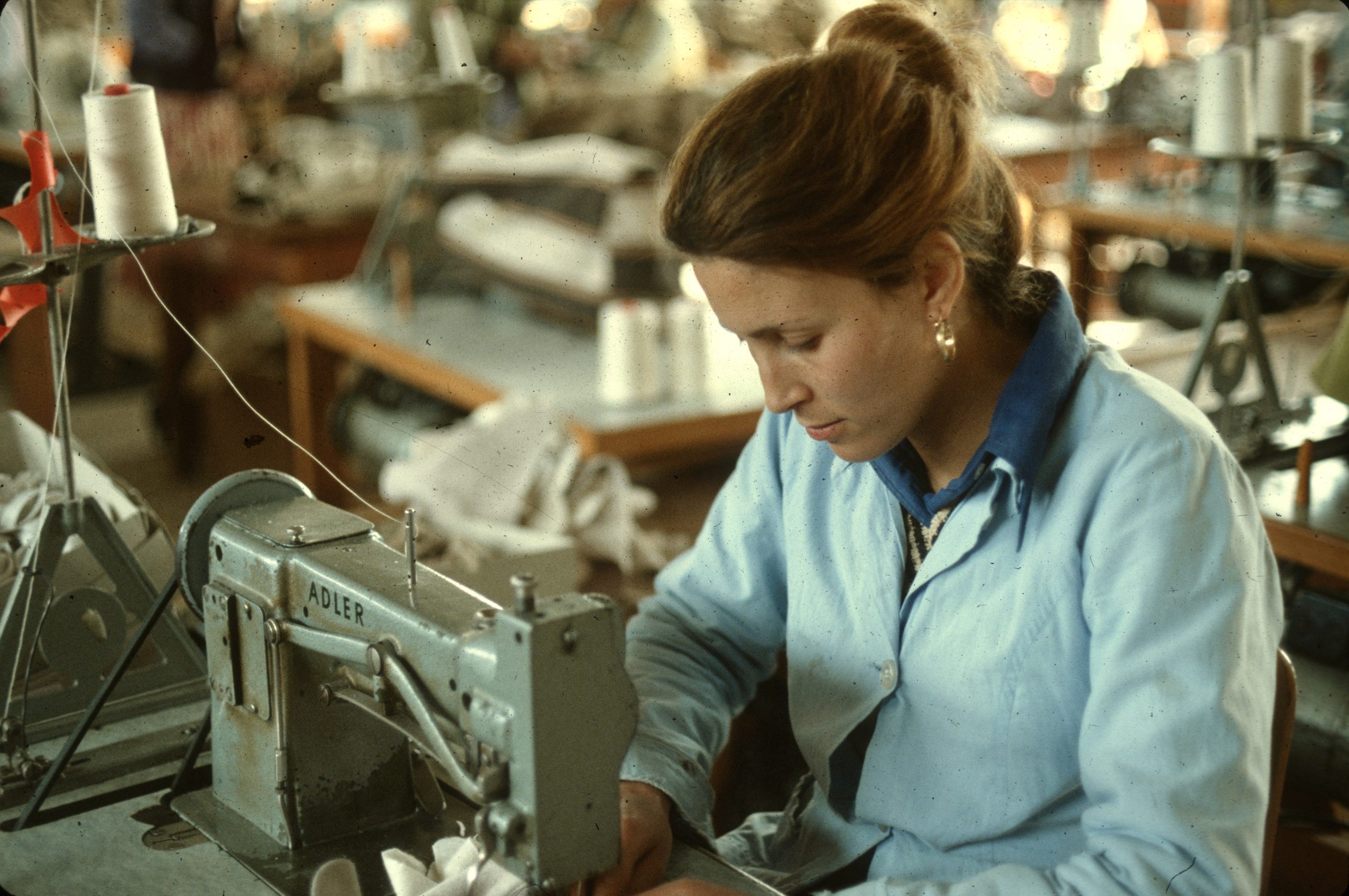 The industrial nations are not only exploiting the Third World for its raw materials. Ever since wages and the cost of social benefits have gone up in the North, industries are now looking for cheap labour in the South, in order to enable them to compete on the international market. Outsourcing poses no problem. The decline of the agricultural sector in the Third World has put so many people out of work that they are prepared to sweat in the factories for a pittance. The fact that this is unskilled labour is of little importance, since the fragmentation of the work-process into tiny, atomised, parts does not require skilled workers. The film documents this new international division of labour in Tunisia.
While shooting on location the effect of the Iranian Islamic Revolution could also be felt in Tunisia. The Islamic country was no longer prepared to accept unquestioned Western development models.