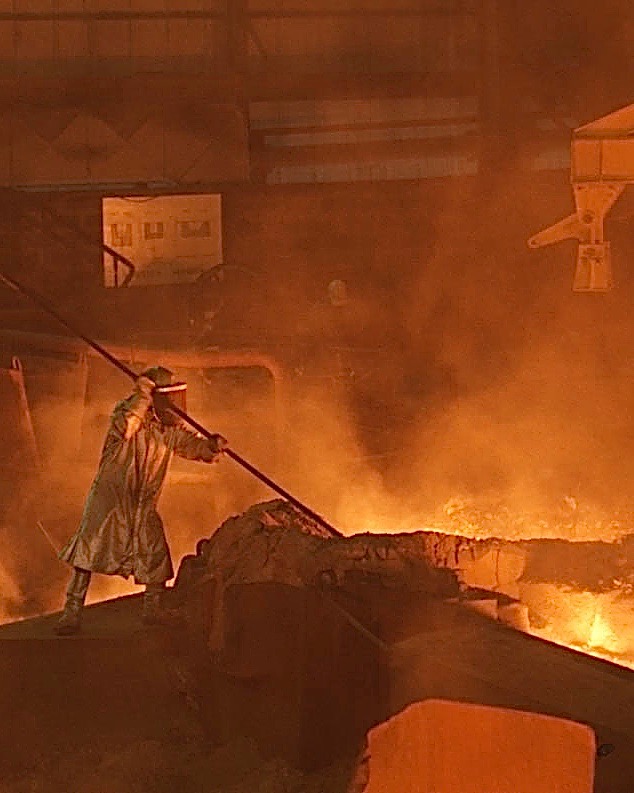 The port city of Marseille was of vital importance for France’s colonial expansion. The colonial era is over, but the international division of labour that it created continues. It is responsible for making rich and poor nations dependent upon each other – for better or for worse. The consequences of this growing interdependency can be seen in the Industrial Estate of Fos-sur-Mer, not far from Marseille. The import of iron ore and coal from countries of the Third World had to be stepped up, in order to find new outlets for manufactured goods. The European economy is becoming increasingly dependent on this division of labour since markets in the industrial nations have reached saturation point and cannot generate any more the means for further economic growth. Increasing trade with the Third World could give a fresh impetus to the stagnant economies. In other words, the exploitation of the natural resources in the Third World has to be intensified.
While talking to the workers in Fos-sur-Mer, the reporters asked them what would happen if the countries of the Third World were to put an export-ban on their raw materials. One of the answers was: “Well, then we’ll just have to go and get it, by force, if the need should arise!”