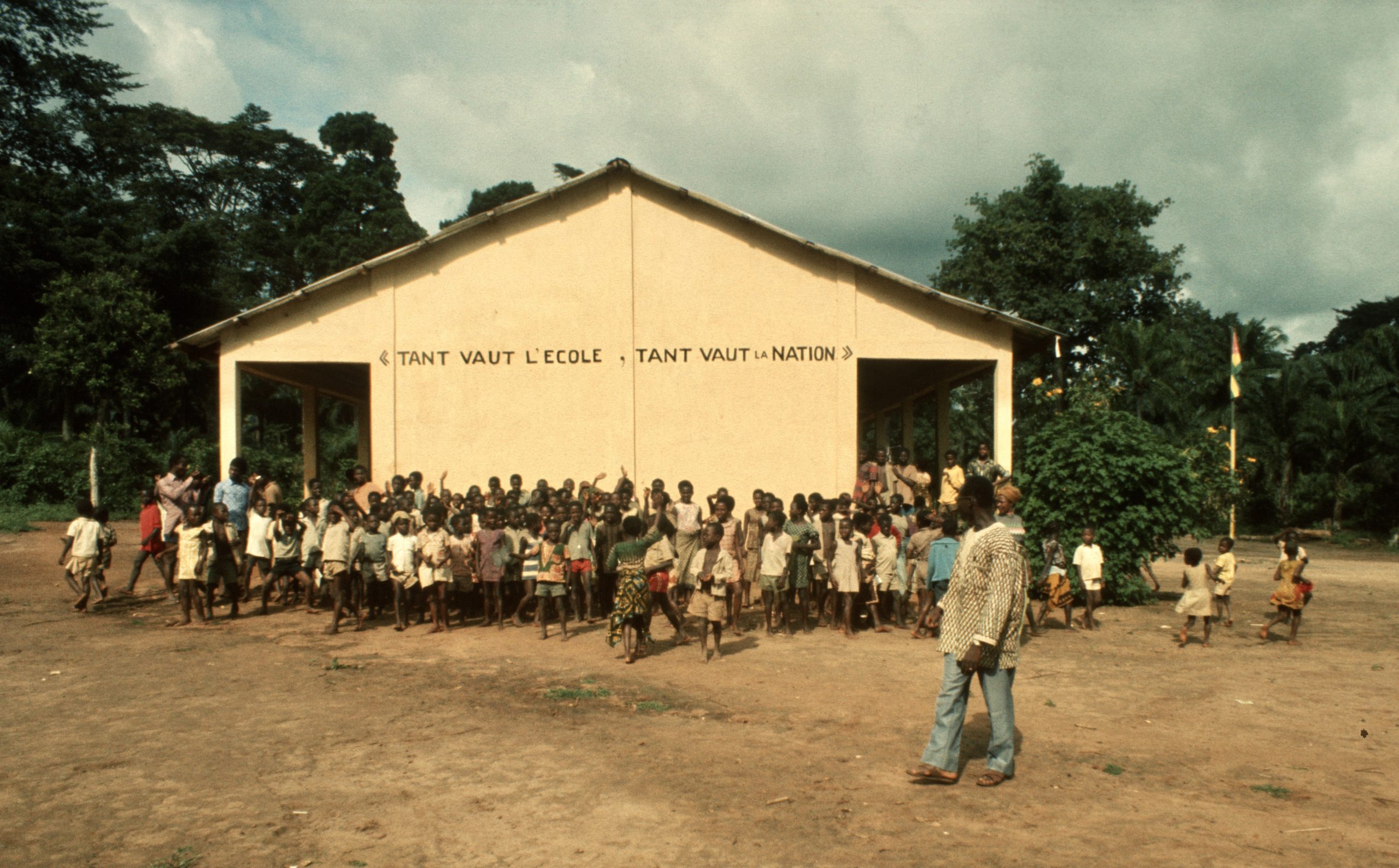 Education is considered a precondition for progress and development. However, in most Third World countries schools do not serve the purpose of integrating children into the local society. In fact, schooling drives a wedge between them and the majority of the population. Taking Togo as an example, the film shows the implications of an education system inherited from the former colonial powers. The knowledge passed on, and that, too, in a foreign language, has little or nothing to do with the child’s everyday experience.
“We arrive at the conclusion that dependence and underdevelopment are only enhanced, and the privileges of the bourgeoisie become entrenched. Traditional methods of learning are denigrated. The vast majority of the people who are denied access to this educational system are given an inferiority complex. They are led to believe that they are failures in life and therefore have no political right to raise their voices in society. The Church has relinquished its position as an instrument of cultural oppression to the School”