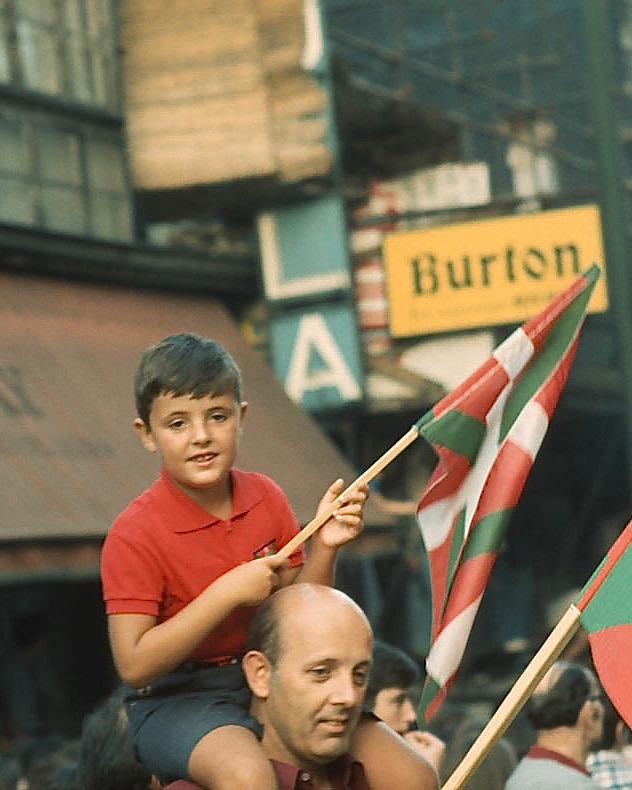 One of the most pressing problems of Spain’s internal politics is the movements for greater regional autonomy. The Basques, the Galicians and the Catalans, all of whom have their own language, culture, and history are now demanding independent administration. Before the Spanish Civil War, the Basque Country and Catalonia formed their own autonomous governments. When General Franco won the civil war in 1939, they lost their status of autonomy and were ruled from Madrid. Then the struggle went underground. In 1976 with democracy emerging in Spain the Basques and the Catalans renewed their demand for autonomy. Huge political demonstrations forced Madrid to make concessions. But the autonomy movements wanted more. In fact they were fighting for a restructuring of the Spanish state along federalist lines. For a long time, aspiring for autonomy was considered to be a dirty bourgeois trick to counteract the internationalism of the worker’s movement with a crude sort of nationalistic consciousness-raising. Now, however, many people
understood this aspiration to mean the citizen’s right to take local matters into his hands and to put an end to unnecessary state patronage.