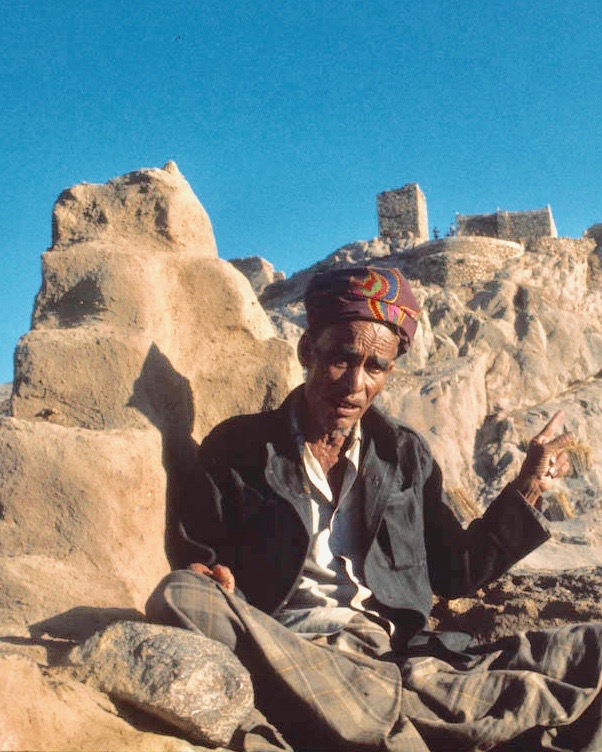 Troeller/Deffarge once asked a cabinet minister in South Yemen, why socialistic ideas were so readily acceptable in that part of the Arab world. He replied: “Because we have been communists for a thousand years! My mother was a Karmatian.” The Qaramitah, as the Karmatians are also known, had fascinated the reporter-team ever since their stay in Persia in 1950s.
This was the first-ever political movement to advocate socialization of the means of production, to demand equality for everyone – and this included women -, and to fight for social justice. Between the 9th and 12th centuries these “original” communists had already secretly organised themselves throughout the entire Arab world. The last of the Karmatian People’s Republics that was destroyed by Islamic invaders was in South Yemen. Many Karmatians escaped to the mountains, where they mingled with the tribes. They kept their political convictions undercover and have remained true to them until today. Troeller/Deffarge made their way to the Upper Yaffa, an almost inaccessible plateau that no foreign invader had been able to conquer. There they met the descendants of the Qaramitah. An unmarked place on the map turned out to be – in political and humane terms – the most advanced area of the Arab world.