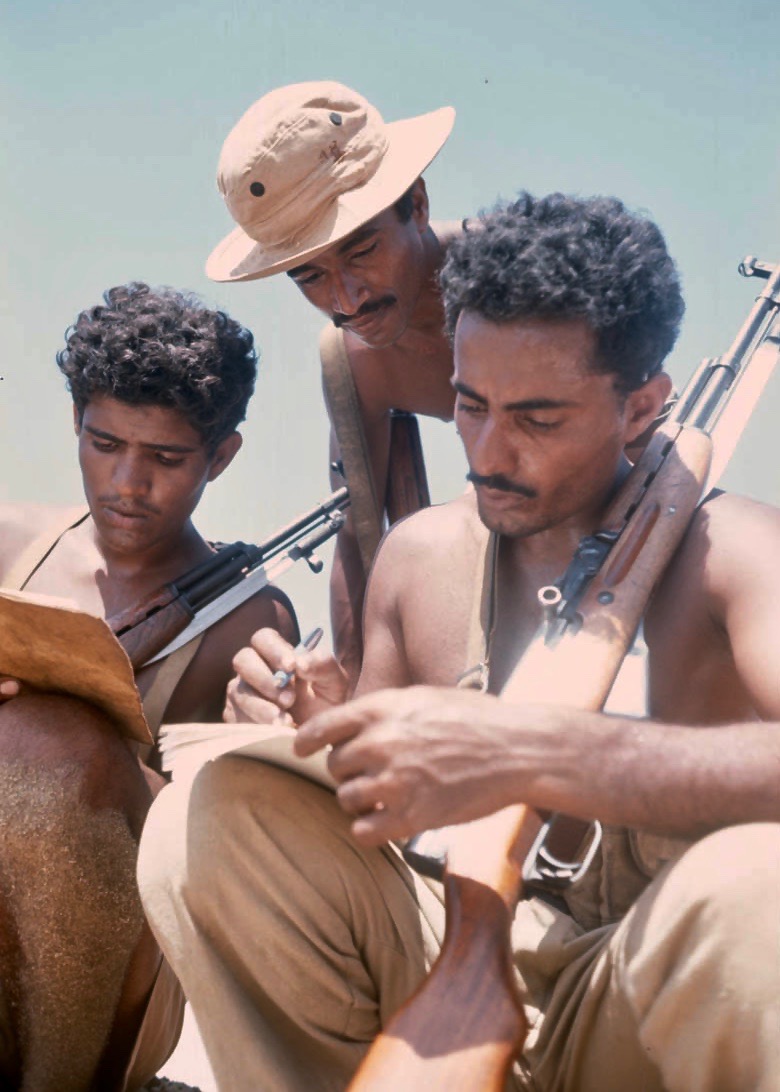 By late 1960s, there was only one Marxist-Leninist liberation movement of any importance that was waging an armed anti- imperialist struggle in the Middle East. The Arab States had imposed a news ban on the Dhofar Liberation Front (DLF), afraid that its political ideas might adversely effect the Arab Islamic youth. Troeller/Deffarges’ film on the DLF’s struggle broke this conspiracy of silence. The Arab world protested officially against the film. The DLF’s office in Cairo was shut down, because leaders of the liberation movement had dared to criticise the ambivalent attitude of the Egyptian government.

This film only exists in a French version.