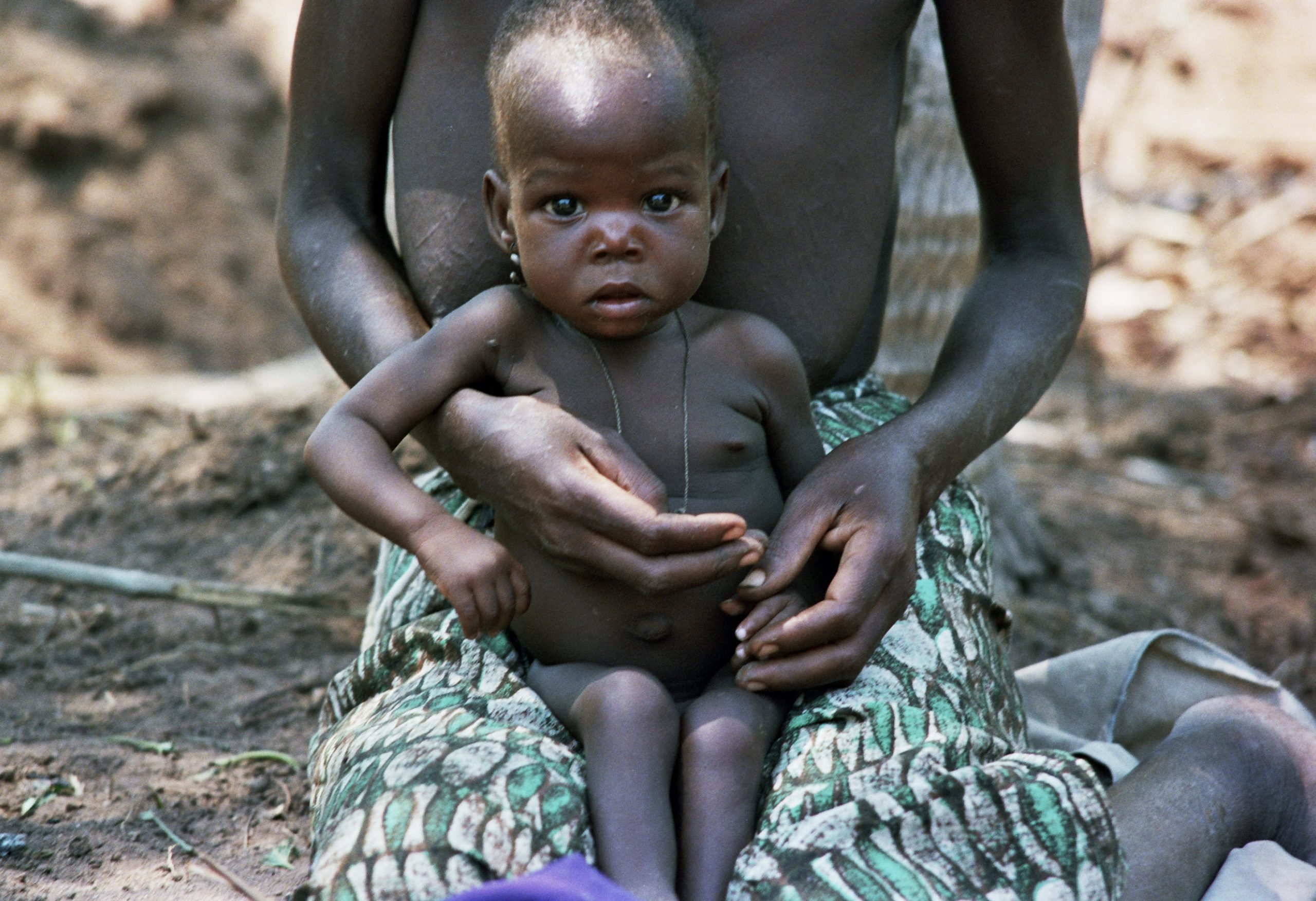 In 1975, the Portuguese pulled out of Mozambique leaving a devastated country behind. There were no trained medical doctors, no teachers, hardly any administrators or economists. Yet the FRELIMO, the ruling party since 1975, was able to establish a medical system and a network of elementary schools throughout the country.
The greatest threat to this peacetime development was, however, posed by “armed bandits”. Trained and supported by South Africa these marauding gangs were out to “destabilize” Mozambique. They burnt down hospitals and schools, disrupted roads, destroyed the crops, and were murdering and abducting people. One-third of Mozambique’s population is today living in refugee-camps. Half frightened to death,
they are living on the dole, since their fields have been mined and they cannot work in them.
Hundreds and thousands of children are the real victims of this war; the orphanages are full to the brim. Practically all these children are suffering from malnutrition and from associated diseases. To quote from a UNICEF-report: “South Africa’s policy has changed the situation of the children in Mozambique from bad to catastrophic. “