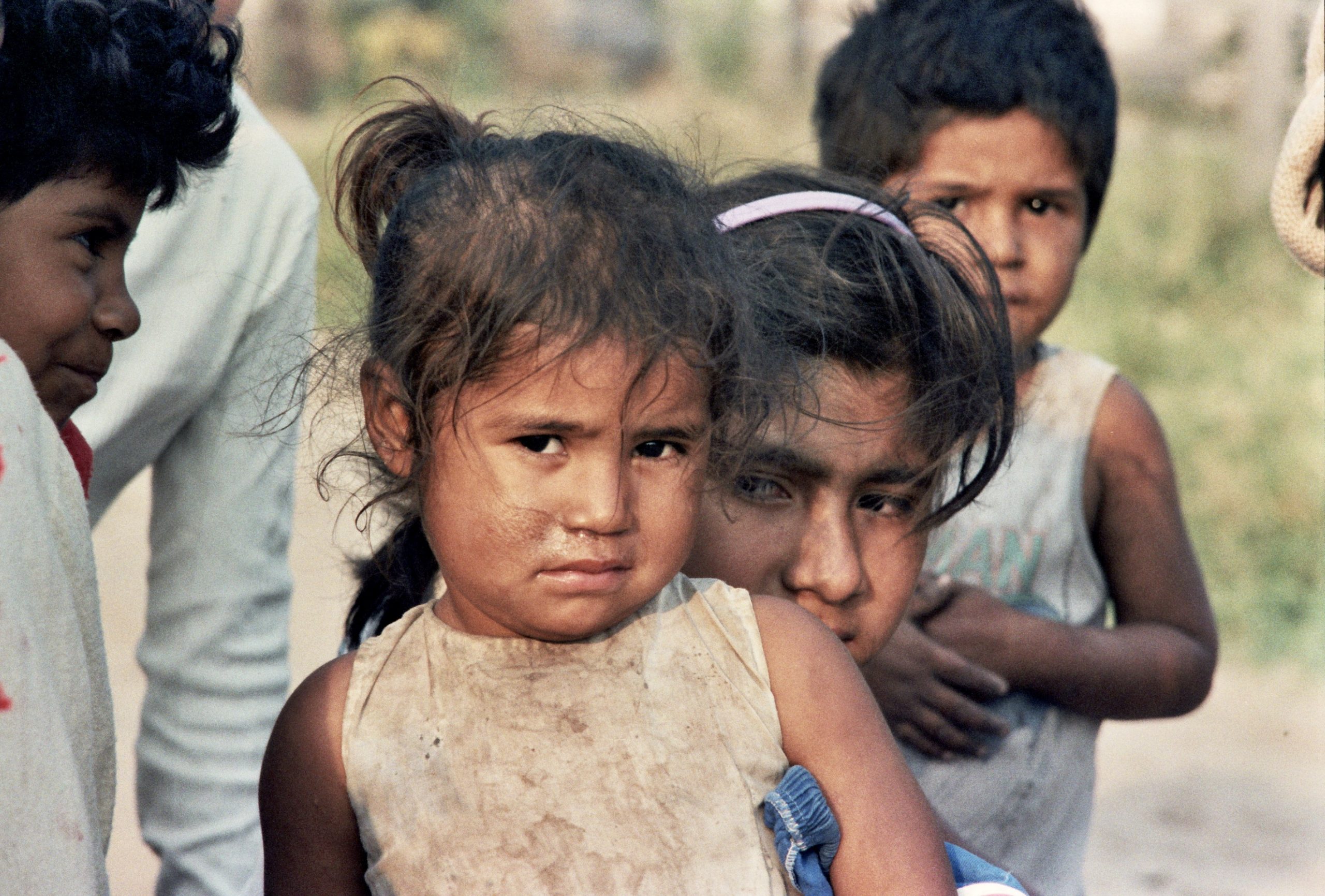 Coca is grown in Chapare, on the western slopes of the Bolivian Andes. 25% of the world produce of cocaine are extracted from here. As in Peru and Colombia, the United States is trying to curb drug production in Bolivia as well. Specially trained narcotic taskforces have been put on the job. They are expected to reduce and finally eradicate coca completely by 1993.
More than 40.000 families, which means 200.000 people, in Chapare make a living out of growing coca. Until now, it was a lucrative business and their children had enough to eat. Ever since the new anti-narcotic policy started, a growing number of newly born babies are being deposited on the doorstep of churches and monasteries. If their parents are not in a position to feed them, they are often sold into cheap child-labour. The Government is offering incentives to the peasants to replace coca with bananas and citrus fruit. There is, however, a major flaw in this argument: there are too many bananas, oranges and lemons already being produced in Bolivia, and are of such poor quality that they are not suitable for export.
“lf coca were to be completely eradicated in Chapare, then we will have more deaths on our hands than the entire drug-scene in the rich industrial nations will ever witness. In our case, it will be victims of starvation and it will be the children, who will die like flies. ”