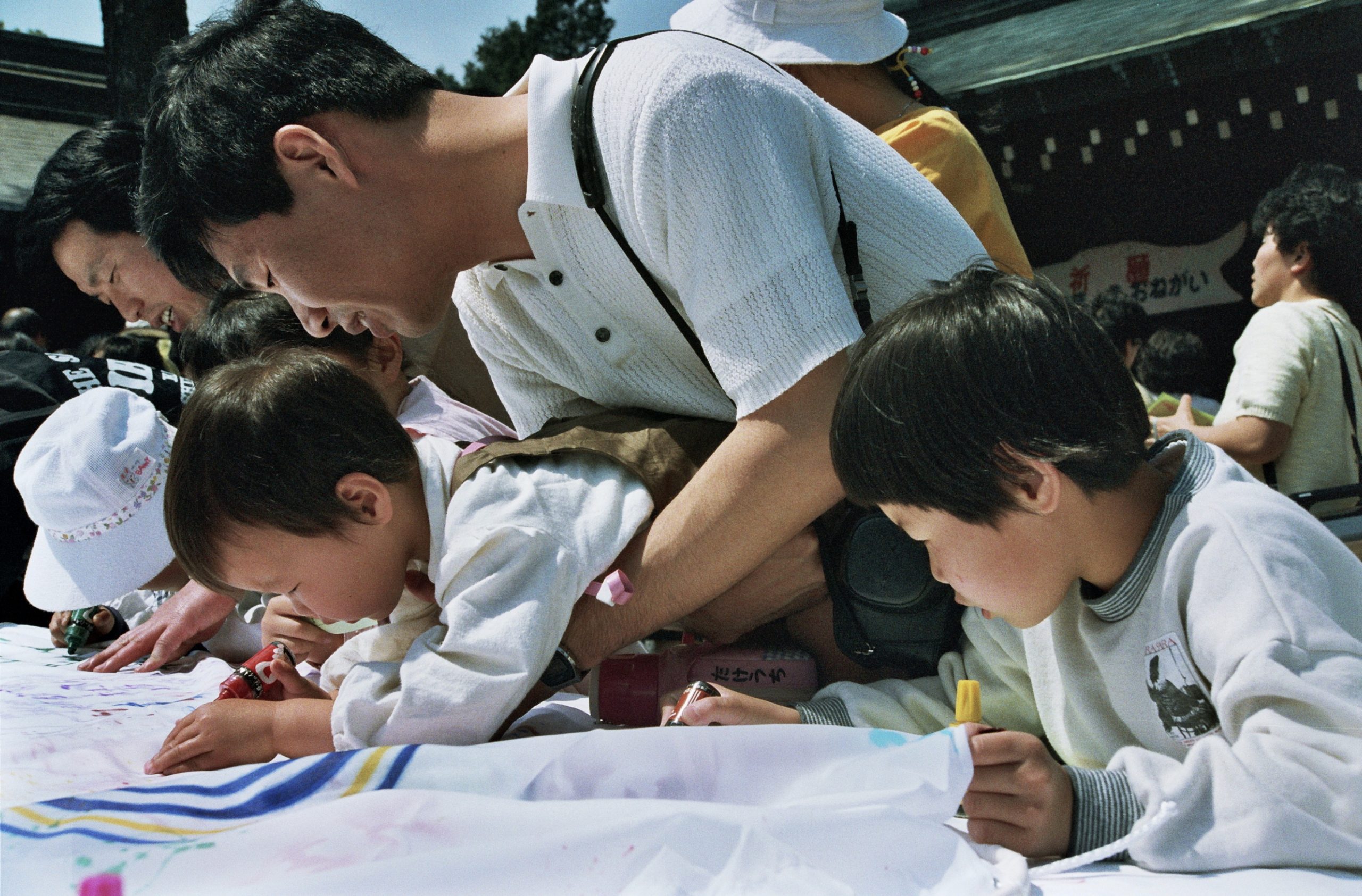 In Japan, as in most countries, school is the mirror of society. The curriculum is European or American, but the way it is implemented is Japanese. During class, for instance, volunteering independent opinions, asking unconventional questions or even expressing criticism is frowned upon. The fear of being branded “different” by not conforming, very often, overrides the wish for a high individual profile. Brilliant, outstanding, grades are not as important as the ability to integrate into the group and to accept its disciplinary order. This pattern is set in kindergarten, continues in high school and college, and reasserts itself, later, in professional life. Young Japanese are now, however, fretting against this system. They want more individual recognition of their achievements and are questioning the rigid, hierarchical structure of traditional Japanese society.