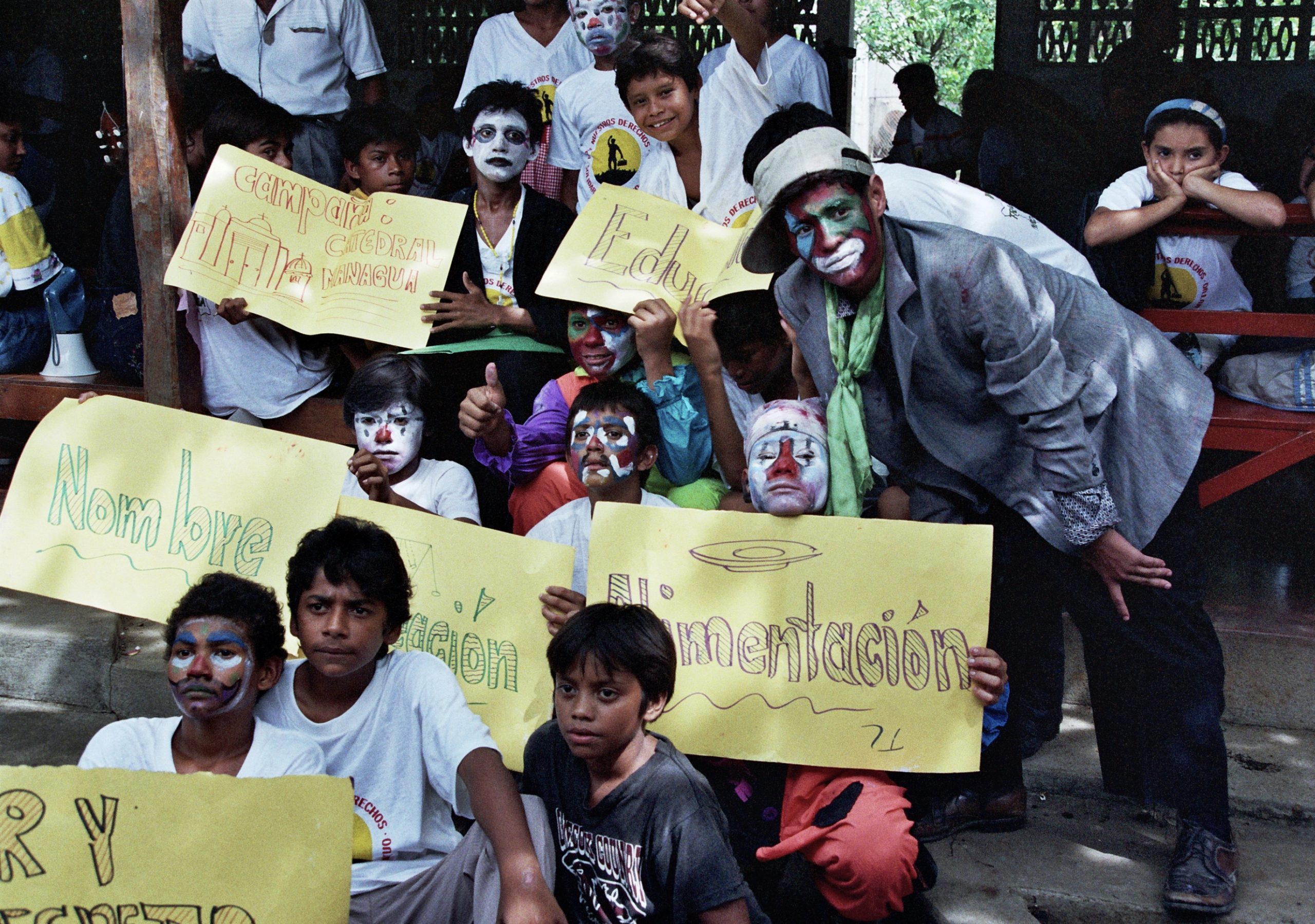 Children who have run away from home or who have been abandoned, crowd the streets of Nicaragua: victims of sheer poverty. Why? To begin with the civil war financed by the United States, and the consequent embargo resulting in an economic crisis, were responsible. Later, the economic policy of the government that came into power after the electoral defeat of the Sandinistas aggravated the situation. In the meantime 70% of the population are living below the poverty line. In many cases, the children have become the sole breadwinners of the family. In the capital of Nicaragua, Managua, at least 15.000 children between the age of 5 and 15 are out on their own in the streets. Non-governmental organisations (NGO’s) are attempting to take care of them. For these NGO’s, the kids are not victims or objects of a difficult and problematic upbringing, but subjective human beings, whose place in the survival-game deserves respect. The NGO’s encourage the street-children to organise themselves, to articulate their interests, and to stand up for their rights. The street-kids of Nicaragua convened a four-day-conference, in the course of which they worked out an agenda: official recognition of a new kind of child-work-force.