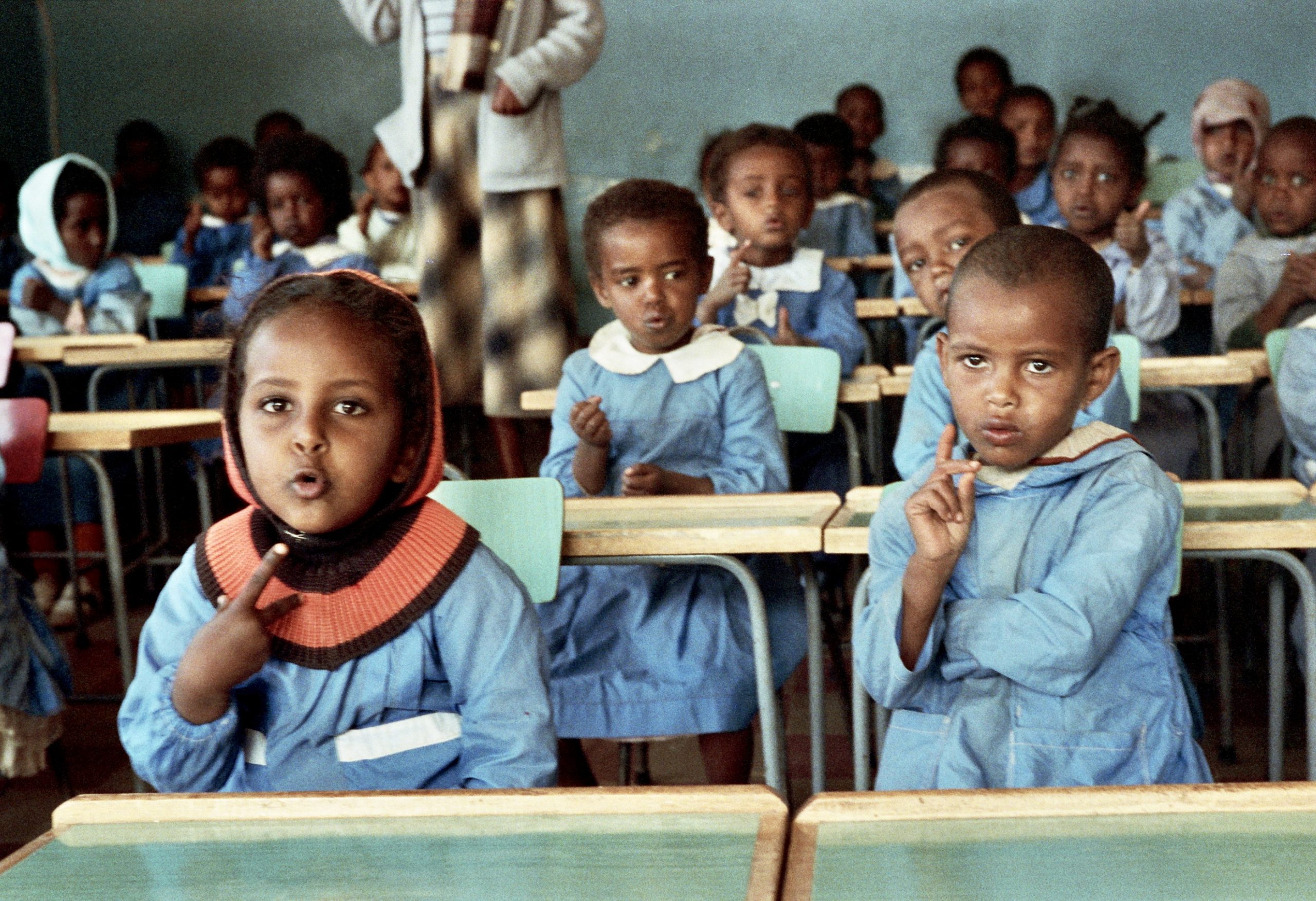 After 30 years of fighting, the Eritrean People’s Liberation Front (EPLF) finally won the war against the illegal occupation of their country by the Ethiopian troops in May 1991.
This is Troeller’s fourth film on Eritrea’s struggle for independence and the aspirations of the EPLF. Looking after war-orphans in the liberated territories was the job of EPLF fighters in 1987. lt has now become part of peace-time service. The People’s Front was confronted with the aftermath of the war. Agriculture was destroyed to such an extent that the country in order to feed its people is now reliant on international aid. Training and educating Eritrean children is a priority. Equal treatment for the different ethnic groups in the country is immensely important. Already, during the War, the EPLF had started instructing children in their own language medium. Later, English was added to the curriculum, in an effort to sustain cultural diversity in a multi-ethnic society.