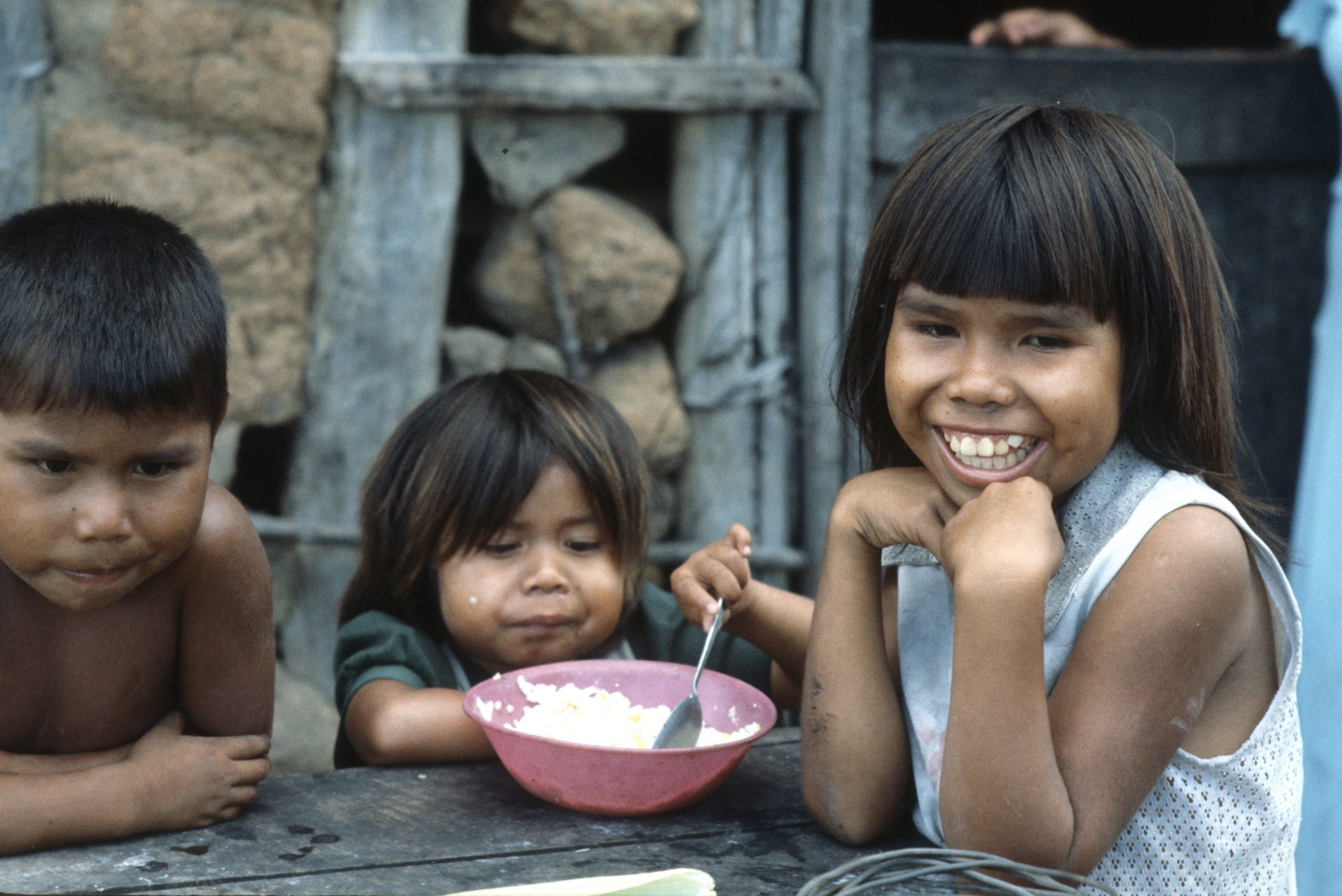 In the first film of the series “Children of the World”, the Western concept of childhood is problematized. For several centuries the child’s world – protected and apart from the adult’s world – has existed as an upper-class concept in Europe. Children were not given any responsibility, and since they were under age, they were incapable of making decisions.
This concept of childhood has been imposed upon other ethnic peoples. If they did not comply with Western norms they were declared to be like children, who had to be educated in order to reach the European level of civilization.
The Indians of the Bolivian lowlands, for instance, are not familiar with our concept of childhood and education. Their children gradually grow into the adult community by following the example of the elders. In the film, the adult/child relationship amongst the Chiquitano and Ayoreo Indians is contrasted against the Christian ideal of upbringing as practiced by the missionaries. To this day one still believes that the Indians can only come of age if they give up their culture and start to behave like the white man.
When the film was broadcasted, the Catholic Church reacted violently, and was not in the least amused by the way their missions were shown in Bolivia.