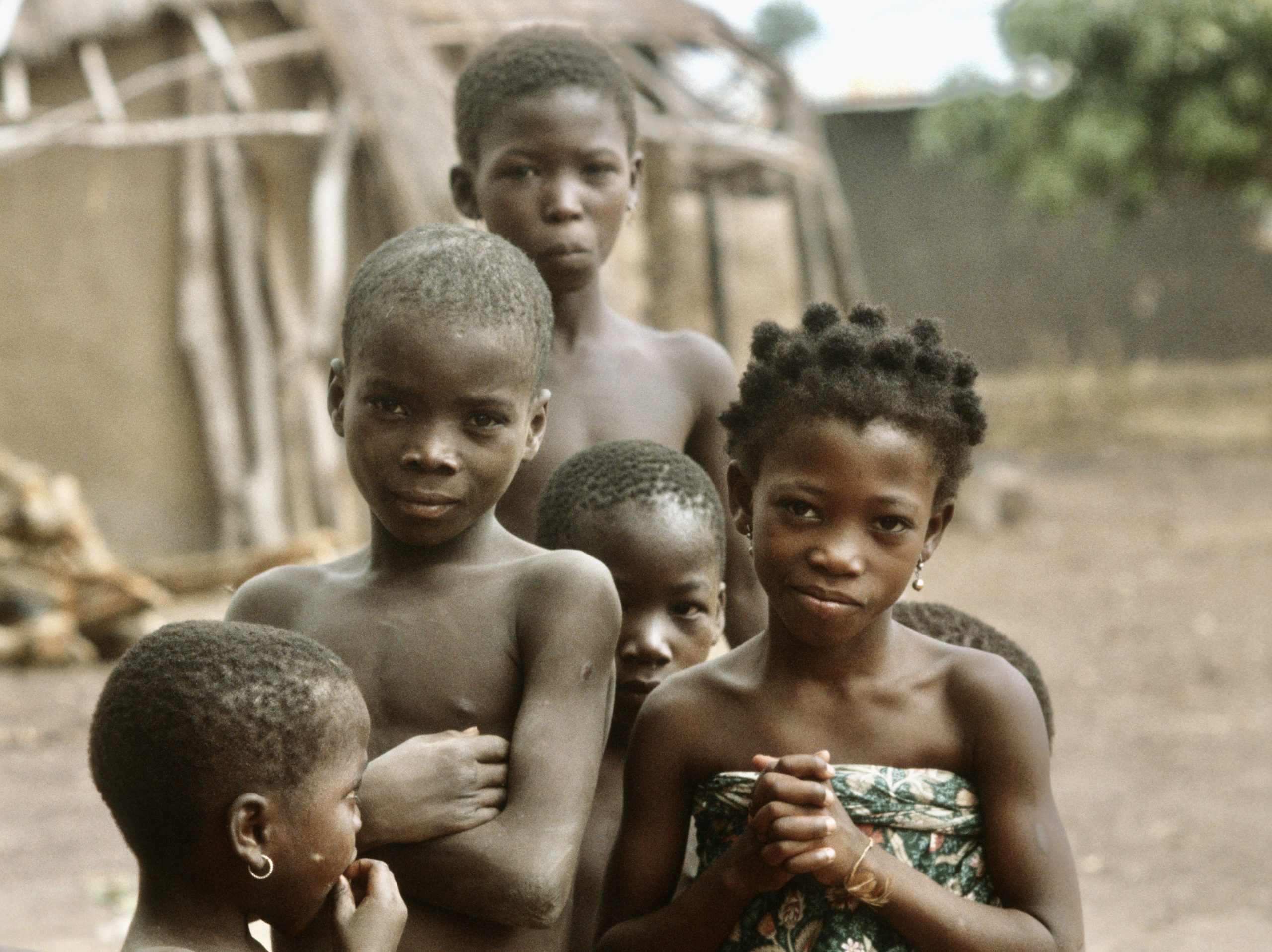 Education for the Konkomba tribes, who live in Ghana and Togo, means the handing down of values that enable the extended family to survive in the traditional physical and metaphysical world. This implies that each one is dependent on all the others, and everyone is responsible for the other. Children learn to be part of the cosmic whole, and to live in harmony with it by accepting the rules and laws of the group. Within the community, old age and not property or individual performance bestows authority. Within this hierarchy of age children learn, as a matter of course, to become responsible members of the community because they in turn educate and protect the ones younger than themselves. Everyone has his legitimate place within society.
The modern education system, inherited from the former colonial powers, upsets the traditional upbringing and balance by undermining the authority and devaluating the knowledge of the elders. It aims at building a society, in which the individual performance is upgraded, and ethnic, cultural, differences are negated in the interest of the Western concept of the nation/state.