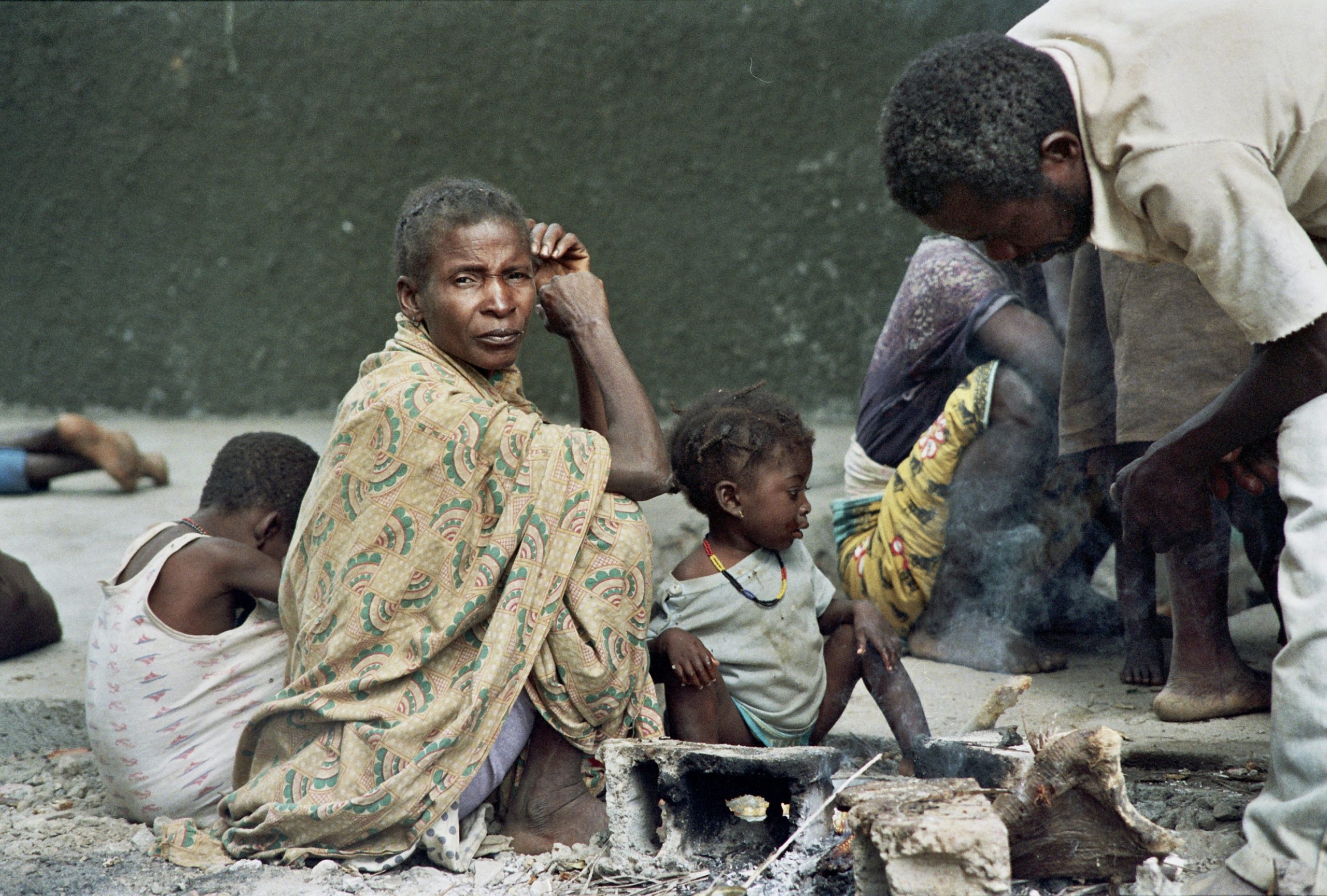 Elections held under international supervision in 1991 did not put a stop to the civil war in Angola. Supported by the West, Savimbi’s UNITA party refused to accept its electoral defeat. After the Portuguese pulled out of Angola, the war continued for 17 years. The Angolans remained dispensible pawns in this brutal game, whereby the shots were being called by the super powers. Angola was at stake, and was burning; it was in fact at the brink of hell.